by The Slow Music Movement Label 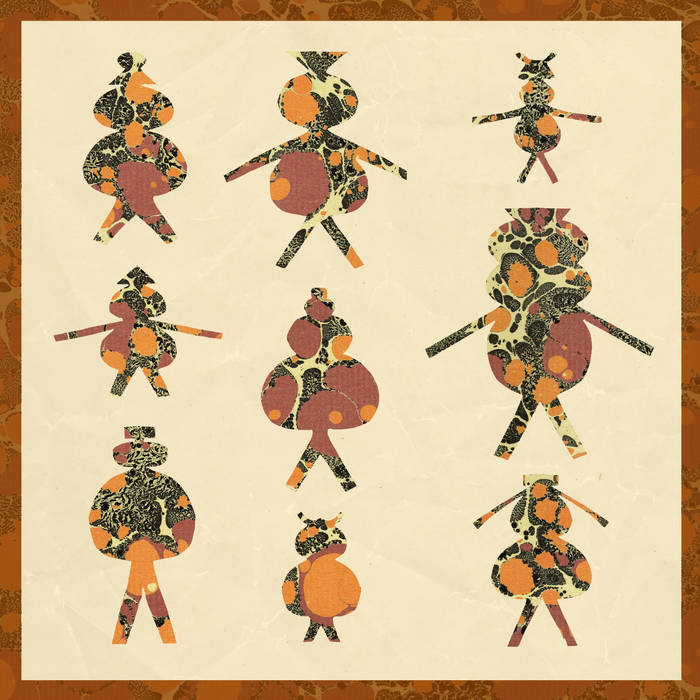 TheSlowMusicMovement I'm really proud to finally release the Future Folk: Friendly Faces; Different Spaces compilation today. It's a vivid snapshot of where folk has been, where it's at and where it might be heading from some wonderful modern artists.

*** The Guardian Folk Album of the Month for May 2021 ***
www.theguardian.com/music/2021/may/14/future-folk-friendly-faces-different-spaces-review


Traditional folk music has been ensconced as the music of the people for thousands of years. Word of mouth (P2P if you like?), meant it didn’t have any particular media dependency and a constant demand for entertainment after a hard day of manual toil, ensured its survival and constant health. But is the 21st century folk music’s ice age?

“The Times They Are A-Changin’” quicker than ever, and apart from a bit of acid folk and folk rock in the 60s, Indie Folk in the 90s and some folktronic dabbling, not a lot has actually happened in the last 60 years. During this time black music has gone from bebop to hip hop; dance music has mutated quicker than a coronavirus; pop is now as often produced on machines as it is played by bands; A.I. has its own record labels; mobile phones are the new media players.

What use are songs about nature and the seasons when everyone lives in centrally heated city flats and their only view of an animal is when it is plastic wrapped in a chiller? Is the ukulele still relevant in a world of sequencers and autotune? With folk constantly reluctant to close its eyes and leap into the future, concerts on hold and its live lifeline suddenly removed; what does it all mean for this genre that up until now has had a fairly relaxed evolutionary ride?

This compilation came about with my increasing interest in folk music after years of focusing on the 25 year old golden age of musical fusion that is still playing out. Having ridden the industry waves and ripples since the MP3 & digital stones were rudely thrown into the music pond, I am constantly fascinated by 20th century holdouts looking back wistfully to the good old, bad old days of smoky venues, hounding newsagents for music magazines, easily damaged vinyl, ancient instruments, terrible sounding tapes, label dependency, photocopied fanzines and stamp licking.

So I contacted a few of the artists that had lit my folk flame to see what they had to say? Artists that know their roots, but who are keeping their eyes on the road ahead and the world of possibility they now enjoy. Shortly after, from home studios in spare rooms and internet enabled remote collaborations, wildly processed instruments from hazy late night jam sessions, digitally mutated acapellas and 13th century songs covered in an age that the long dead and sadly forgotten writer could never have imagined, started to drift into my inbox from Brazil, Scotland, Australia, England, Spain, Norway, Ireland and the USA.

Some artists erred on the side of tradition with just minor modern embellishments; some made paper airplanes from the rule book but most had feet firmly planted in old and new worlds. With the exception of Peter Thompson, who I knew from my Barcelona days & whose track is the only tune not recorded especially for this project, all communication was digital and the fact that no natural resources were used to wrap up this wonderful collection of songs into 20th century formats, and which will only ever exist on servers, hard drives of the old school music buyers and live shows of the artists, is a testament to the open minds of all involved.

Is an evolutionary leap the key to folk’s survival? Time, the whims of the coronavirus gods, the folk community’s response to today’s existential stresses, adaptation to changing media consumption habits, marketing decisions and ultimately, people’s decisions on what style of music suits them best, will decide.

All I know is that I couldn’t be happier with this collection of recorded music. Considering the lack of personal connections and the difficult times everyone was experiencing whilst recording from isolation adjustment; loss of live income; constant concern for loved ones; home schooling, existential crisis’ and some artists even succumbing to Covid-19 during recording, the quality of the music, without fail, is exceptional. I hope you press play and listen through to the end as it’s a wonderful snapshot of where folk has been, where it’s at and what it could be.

Rick Stuart (Roots and Fusion) - "I cannot thank you enough for sending this album to me. It is a rare thing that I listen to an album, especially a compilation album, and think wow, I could just play the whole thing on the show..."

There was a king lived in the east
He loved a lady from the west
The lord of elven with his dart
He pierced the lady through her heart
Our king has followed where they’ve gone
But only found a great grey stone.
He’s sat him down in grief and woe
And he took out his pipe to play
And he played there for seven years.
And a company drew near
And some did walk and some did run
He spied his lady there among.
Do come you down into our hall
And play you for the Eleven Lord.
And tell to us what will you have
What can we give you for your play?
What I will have I will you tell -
And thats my lady, Isobel…

Learnt from the singing of Archie Fisher.

The story and its song are very ancient - a medieval telling of the story of Orpheus and Eurydice. It was thought that the tune to the lyric had been lost until it surfaced by chance in 1947 on the island of Unst - the most northerly island in Shetland: “That a tune in the midst of the 20th century be recovered for this whisper from the Middle Ages was as little to be expected as that we should hear a horn from Elfinland blowing…” (Bertrand Harris Bronson).

In our version we take the story down to its bones, and miss the song’s refrain: skoven arle grön (greens the wood early), hvor hjorten han gar arlig (where the deer run every year). The language is Norn - an old Nordic language last spoken on mainland Scotland in the eighteenth century. The refrain suggests the constancy and connection of the rhythmic progression of the seasons. We played instead with the electronic disconnection and glitch of a message arriving on a mobile phone.

Track 6:
Me Lost Me - Nightingale (a Capella)
Writen and Produced by Me Lost Me

I thought about my favourite flowers
in a vase on the dresser
there were pink ones, beautiful
and in season with the Spring

There were lilacs, a lovely posy
I gathered them all from by the stream
and the nightingale was a-singing
as I got them to take them home

'Nightingale' was improvised all in one take, thinking aloud on the theme of our relationship to the natural world. The voice throughout is made unnatural and fragmented by a layering of multiple digital effects, as though sung by an AI who is trying to come to terms with or replicate these very human themes of mortality, beauty and decay.

Track 8:
Pete Thompson - This Is A Robbery
Written, composed & sung by Peter Thompson

Which love do you carry?
in the dune sinking so slow
I've gotta try and let her know

Which love do you carry?
In the dune sinking slow
I've gotta try
I've gotta let her know