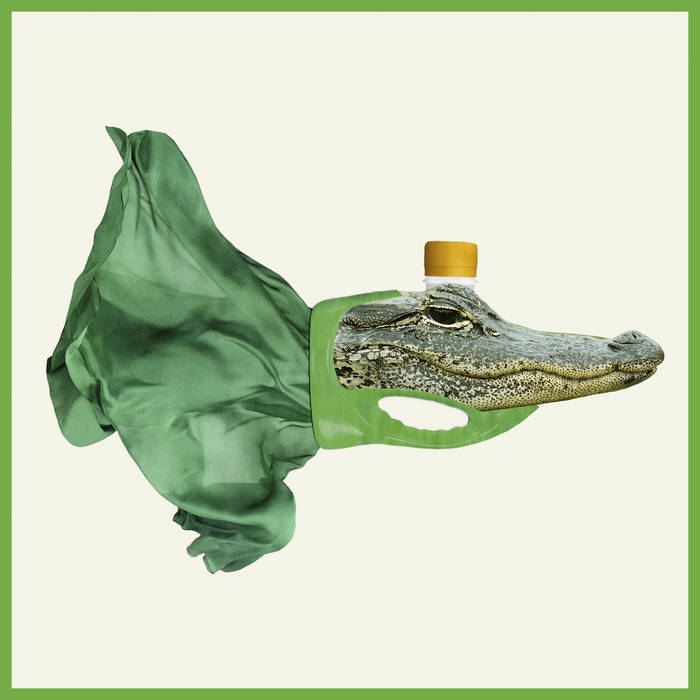 TheSlowMusicMovement Press play & cast off into the building & crashing waves of distortion which, just as you start to fear for your sanity, suddenly dissipate to reveal a windless, sun blessed electro-acoustic island. A land where delicate piano & gentle guitar lines create a lush, verdant landscape in which electrogenetic creatures, flourish & flutter. Time loses all relevance, but memories of distant places & half remembered faces come & go. Despite the beauty & bounty feelings of nostalgia are never far away.

I’ve got to admit that I was never a fan of the 90’s glitch phenomena. I mean for a start it hardly has the most inspiring of genre titles, nu-jazz was my thing, the London club scene was rocking and I was too busy dancing. I never gave glitch another thought. Twenty years on, an EP I discovered on Bandcamp from the man I’m now introducing, sent me running to the opticians to reassess my myopia. It had a rare attention to detail and a perfect electro-acoustic balance of folk and the distant sounds of Americana with machine noise. I immediately asked for a release for the newly minted TSMM label. Two years later, request forgotten, I got a pleasant surprise in my Inbox. James had obviously been busy, the playing was better, the production crisper, the attention to sound designer greater and the sound had matured. Was I still interested? Hell yes!

What good is calm and beauty without some noise & ugliness for contrast? Well, James certainly provides the contrast. Press play and cast off into the building & crashing waves of noise and distortion which, just as you start to fear for your sanity, suddenly dissipate to reveal a windless, sun blessed electro-acoustic island. A land where delicate piano and gentle guitar lines create a lush, verdant landscape in which electrogenetic creatures, flourish & flutter. Landing on the island time loses all relevance, but memories of distant places and half remembered faces come and go and, despite the beauty and bounty the island has to offer, feelings of nostalgia are never far away.

You can also pre-save the release on your favourite streaming service:
ditto.fm/shelf

About James Stephen Finn:
James Stephen Finn is a London based musician and sound designer. ‘Shelf’ is a follow up to his 2018 release ‘Three Months’ which sees him delve further into his style of melding of acoustic instrumentation and electronics.

We also have a nice radio show, daily music recommendation & untold playlists that are worth checking out. Hit the website for more information.